The History of Sinai School

Sinai School’s history traces its origins all the way back to 1866.

Sinai School started life as the Bayswater Jewish School, founded by members of the Bayswater Synagogue for the children of “poorer brethren”.

The school was originally based at St James’s Terrace, Harrow Road, it opened 1867 at 1 Westbourne Park Villas, as Paddington Bayswater Jewish School. The school then moved to a new building in Harrow Road in 1879 and in 1903 it had accommodation for 419 pupils.

In 1902, 222 pupils took part in the Paddington Children’s Coronation Procession.

In 1930, the school moved to Lancaster Road; changed its name to Kensington Bayswater Jewish School, which later became Solomon Wolfson. Excerpt from the The Palgrave Dictionary of Anglo-Jewish History

But it did not stop there. Many years of hard work, negotiating and fund raising made it possible for this state of the art school to exist. Many hours of hard work and planning by an elite group of men and women went into bringing The MSSS into existence. Some of those who worked so hard in the late 70’s are still supporting us today. We value their expertise and continued support, and especially their foresight and persistence in establishing our “learning place of excellence”. In the late 70’s there was no doubt that there was a need for Jewish Education in the area, and so in September 1981 the doors of the new Michael Sobell Sinai School (MSSS) opened with the pupils and staff coming from Solomon Wolfson and Yavneh schools to form the new nucleus of the school. Excerpt from Palgrave Dictionary of Anglo-Jewry

There was far too little space to serve the pupils and staff of the already expanding school and so the first ten year plan was developed, and the school started to grow.

A music room and computer suite, a dedicated learning block for Years Five and Six, a Gym, and a purpose built block housing our Nursery and Reception

Due to the continued success of the school we have had to increase our intake numbers throughout the school and now MSSS is the largest Jewish primary school in Europe.

With the appointment in April 1996 of Mrs Vivienne Orloff as Headteacher and Joanna Walker as Deputy Headteacher in 1997 the school grew into the largest Jewish Primary School in Europe.

After successfully leading the school for over 15 Years, in December 2011 Mrs Vivienne Orloff retired. The school’s foundation body in the United Synagogue.

History of Heads and Deputies of the School 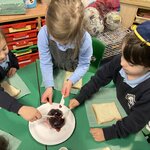 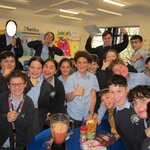 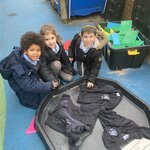